The brain behind Amazings 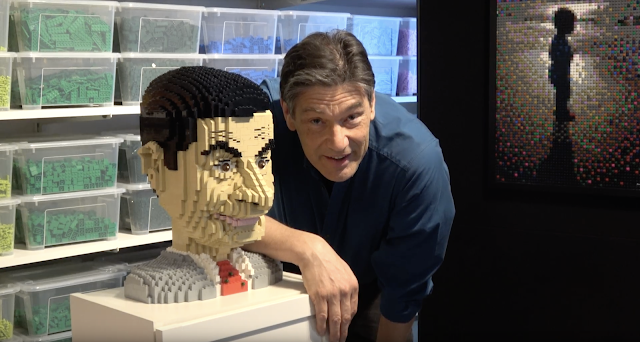 The pieces of art created by Amazings are so much more than art. Each and every one is unique, thought through and created with a specific purpose. Making and processing these magnificent creations isn't an easy job, but the brain behind Amazings, Dirk Denoyelle, does it every time. Dirk is passionated about and very keen of LEGO®. Continue reading and get to know the brain behind Amazings.


Dirk is much more than a comedian, artist and performer. He's a very intelligent person, with a masters degree in Micro-Electronics Engineering. Thanks to his degree, he knows how to tackle things. Complex geometry and structures are a piece of cake, and you can see that in the artwork of Amazings. Every single LEGO brick has its purpose.

In addition, Dirk is a true polyglot. A polyglot is a person who can express himself fluently in different languages. He masters no less than 6 different languages: English, Dutch, French, German and Spanish. In addition, languages have become a real hobby for Dirk. He is passionate about learning Modern Greek, Swedish, Italian, Russian and Czech. At the moment he is also experimenting with Chinese and Arabic.

In the past Dirk was also a co-founder of the Gravensteen Group. This is a group of Belgian artists and intellectuals who argued for a reformation of the Belgian government on 21 February 2008. The authors wrote their manifesto based on different political and ideological principles. The group got its name from the fact that the members met for the first time in a building on the Lievekaai in the shadow of the Gravensteen Castle in Ghent, where the first Manifesto was set up.

Many businesses can use assistance and tricks to motivate their employees. Dirk helps business owners, managers and leaders motivate their employees and teams. And that is exactly why Dirk founded Amazings: to speak from his own expertise. He wanted to know how to run a company before telling other people how to run their business, smart thinking!

Are you looking for insights, inspiration or extra motivation? Be sure to take a look at our website for more information about our motivational speeches and events!