LEGO Masters episode 8: the end of a beautiful journey 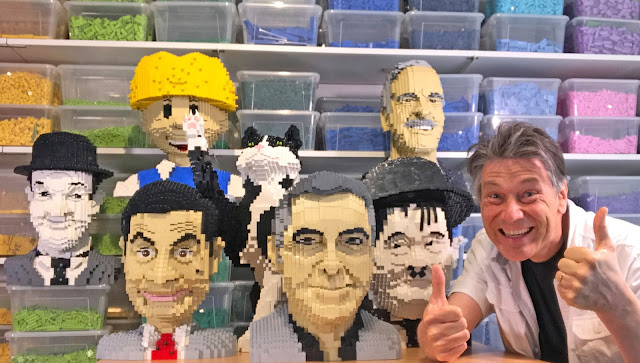 Dear LEGO Masters candidates and fellow viewers. Congratulations to our LEGO Masters, Jan and Lola! I also voted for your creation this time. The combination of construction talent, aesthetics and a sense of humor was enchanting in every detail.

I gladly followed your building process, meanwhile was already hoping that the organized chaos would result in a beautiful work of art. My favorite element was that little toucan, for which I will rewind the episode.


Amazed from start to finish

Every team had already charmed me several times on the way to the finals. The guitar and the sublime radio of Jos and Martijn, the Polaroid and the Bridge of Bjorn and Corneel, “And then there was Light” by Jan and Lola: all these creations exceeded my expectations.

All teams came up with unique pieces in the finals. The spaceship of Bjorn and Corneel finished in third place. But I thought it was devilishly clever, actually worth a second place. And I suspect there were certainly as many nice details in it, than the underwater world of Jan and Lola.

For example: Martijn and Jos' "dwarf village under attack", was a very nice concept. It's very difficult to sculpt animals without drawing any plans. The results were amazing, but not aesthetically finished.  You can see that everyone uses their own criteria, and that's why I'm happy to see that the decision did not depend on just one person. The presence of Justin Ramsden was a very pleasant surprise to me, a refreshing and open perspective that gave the feedback an extra dimension.

I would also like to ask for a round of applause for the crew behind the scenes. The people who have been cast away but somebody made those drawings, somebody made the pillars of those bridges in advance.

And of course I would like to congratulate ALL candidates again. You were all the rightful stars of this show. Your talent and personalities were authentic and beautiful. Let it be known that Amazings' door will always be open. We also have a few million cubes, and for Eve and Natasha, a lot of choice in tea! You are all doing well!

Greetings from my multi-headed jury!

PS: I have finally seen some winners of the building competition - hidden in advertising, but still: thank you Dreamland!