My take on LEGO Masters episode 3 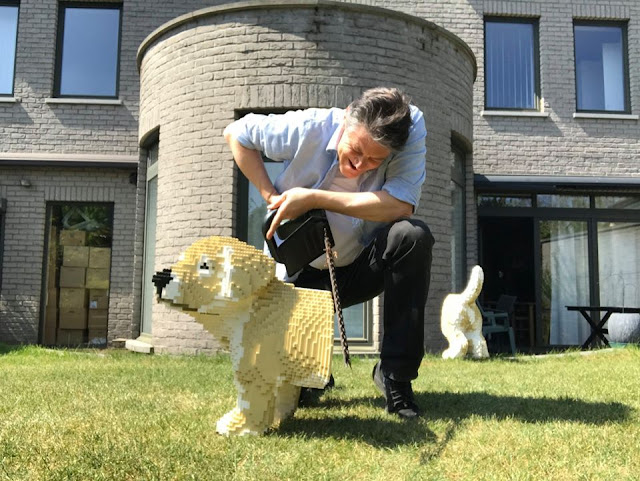 Episode 3 of LEGO Masters was very exiting for me because I had recorded the program and Telenet (our telecom operator) had thrown off the last 10 minutes. Fortunately, we still have VTM-GO!

But it would have been exciting nonetheless, even without the technical hassle.

I want to start with a message for Kasper and Ed who had to drop out: I thought that you really made huge improvements in this episode. As always, i liked the idea, but this time it was also very cleverly developed. That stylish loudspeaker, the revolving wall to the fantasy world, great! And the same goes for the cute bird you ended up with.

David and Giovanni had been given the most difficult object for me personally. A sink, I wouldn't be able to do it myself. But the way you incorporated those tea cups and such, was very nice. I also thought your individual animals were the most beautiful at the end. I didn't like the parrot as much, perhaps because of the amount of blocks, as you indicated yourself.

Jan and Lola had a hard time in this episode, but the idea of ​​converting the tractor into a dinosaur was great. It does not always have to be colors, landscapes and scenery. I also liked how the - in my opinion successful - fox and hedgehog had been converted into a centipede.

Martijn and Jos receive too little attention in this column. I want to make up for that with this one. The guitar was completed so well - I had to look twice to see what LEGO and what really was.

As far as Andreas and Arno are concerned, I completely agree with the Brickmaster: I had never seen something like this before - Kürt Rogiers' dream was beautiful.

And the winner is...

The final winner then. It is starting to become a bit of a habit but again, there was another winner for me. I would have chosen Natasja and Eve this time. I thought the microwave was the second most difficult object, but what you made of it: nothing short of brilliant. The story was right ("do something different with heat") it all looked super nice (you know my weakness for aesthetics) and there were a lot funny little details.

And finally: someone in production probably noticed that in the first episodes the word "Valhalla" had been used too much. This stop word has now been replaced by "organic". Next episode "organic"?

See you next week!
Dirk